Arthur D. Little has been at the forefront of innovation since 1886. We are an acknowledged thought leader in linking strategy, innovation and transformation in technology-intensive and converging industries. We enable our clients to build innovation capabilities and transform their organizations. ADL is present in the most important business centers around the world. We are proud to serve most of the Fortune 1000 companies, in addition to other leading firms and public sector organizations. For further information, please visit www.adlittle.com

Finnovating is a Matching as a service platform that enables X-Techs from all around the word to connect , collaborate and get the funding they need to grow from investors and corporations globally. The Finnovating platform is a space were the key players of the Tech industry can connect together easily and boost global Tech innovations.

Sønr is the world’s most comprehensive source of innovation intelligence. It is a subscription platform used by some of the best known insurance companies globally.

It tracks millions of companies around the world and provides insight on the latest market trends, the startups and scaleups reshaping the industry, and intelligence on how other big insurers are innovating.

Sønr includes a suite of tools designed for teams to better collaborate and connect. From recording meetings to capturing and sharing Notes, to being able to track and share activity across the company using Watchlists and CRM boards.

The platform is backed up by a team of consultants, researchers and analysts who support clients in discovering and creating new business opportunities.

Home / Gen Re /Digital health claims and next generation TPAs

In this article, alongside Gen Re’s Liang Chen and Weibo Chan, we consider some of the developments taking place within the critical function of claims processing. We also assess the contributions that various insurers, startups and third-party administrators (TPAs) are making to combat fraud, waste and abuse within life and health insurance.

Until recently, healthcare claims processing was an area of the Asian insurance industry somewhat lacking in innovation. This is despite the fact that the function impacts profitability directly. While overcharging in public hospitals remains a problem common to many countries in the region, other issues relating to ‘fraud, waste and abuse’ vary significantly by market. In certain markets, the dominance of private healthcare means managing hospital networks through technology will become more important. In emerging markets, a different approach will be required. Against this varied backdrop, several trends have emerged:

First, the arrival of advanced analytics and mobile payments will have far-reaching consequences for claims processing due to the ability to parse data and identify anomalies within large data sets.

Second, many Asian governments have realised that public/private partnerships will play a role in their ambitions for the insurance industry. Specifically, providing insurers with access to data about treatment and claims from public hospitals will increase visibility into hospital processes.

Finally, a host of startups and technology enabled TPAs have emerged to help insurers upgrade their claims experience, with the likelihood of further industry disruption coming from external rather than internal forces.

To grasp these changes, and the consequences for this sector of the industry, it is worth considering each of these trends in turn.

TPAs originally handled much of the paperwork associated with health insurance claims. However, the notion that software will perform functions typically associated with manual tasks is fast becoming a reality. Advanced analytics tools can now parse petabytes of historical claims data to identify instances of fraud, waste and abuse, issues that were previously hidden by a cyclical claims pattern.

For example, Taikang Life in China has released a claims engine that will further its ongoing efforts to recognise instances of overcharging, over utilisation, and fraud across public and private hospital networks.

Taikang Life’s claims processing function is available across WeChat and native apps to increase visibility into public hospitals and streamlining claims by capturing a more complete view of a customer’s medical journey.

Another example can be found within mobile payments whereby the arrival of offline payment terminals in public hospitals has the potential to validate claims, calculate co-pay obligations, and even identify market segments that can be up-sold additional coverage at point-of-claim. Ultimately, bringing mobile payments into public hospitals will require regulatory encouragement to allow access to data held by public hospitals about treatments and claims. Only then will it be possible to bring technology to bear on the claims process within hospital networks.

In most Asian markets, governments hold the primary responsibility for healthcare and private insurance acts mainly as a supplement to state coverage for those with expendable income. As a result, public hospitals are at the forefront of claims processing for life and health insurance. Recognising this, regional governments have been trying to standardise data across clinics, pharmacies and insurance companies, in addition to providing ease of access. Although state-owned life insurers are rarely noted for innovation, they are often the first to benefit from such government initiatives.

As a state-owned insurer, China Life has been given access to public health data that enables it to identify instances of overcharging at public hospitals.

Ultimately, efforts such as these will allow life insurers to

Finally, no discussion of claims would be complete without acknowledging the work to prevent claims happening in the first place. In this regard, Practo in India, WeDoctor in China, and Halodoc in Indonesia, which we have previously examined here, are not only enabling early diagnostics but also lowering inpatient rates through remote consultation and chronic disease management.

A range of startups and TPAs are also working on new claims processing techniques. These include:

Although these startups are heralding a new era of claims oversight, it’s important to remember that AI-based claims processing still rely heavily on human intervention to judge outlier cases, which harbour a disproportionate number of problematic claims. For example, Ant Financial’s Xianghubao outsources its claims validation to Bihubao, a Beijing based InsurTech that specialises in providing TPA services to online health insurers.

Given the present forces at work, the industry will need to re-imagine its approach to claims processing.

First, lessons from the more developed markets of Singapore, Japan, and China can be applied to developing markets. Examples include mobile payment innovations and public-private partnerships that can provide access to data needed to identify fraud and better understand claims data.

Second, re-establishing control over hospital networks, those currently managed by TPAs, will be important. Although this will primarily benefit private health insurers, guiding policy holders to lower-cost hospital networks, calculating co-pay arrangements between public and private health insurance, and allowing insurers to negotiate pricing directly with hospitals will not only increase customer retention but also lower loss ratios by routing patients away from hospitals identified as repeatedly over-charging.

Finally, the emergence of new market segments, which can be identified at point of payment or claim, such as first-time mothers or those with elderly parents can be upsold additional coverage and/or services that conform to their current life phase. Although such up-selling is still rare, the increasing ubiquity of mobile payments in healthcare is bringing about a new era of product development capabilities.

Insurers are increasingly pointing to successful O2O services in Asia as a product they aspire to recreate. For many, the region offers a roadmap for innovation as the ubiquity of ...
Read More

In conversation with Sanjeeb Kumar, CEO at Gen Re India

In this article we explore recent progress within Indonesian InsurTech, and consider whether some of the developments witnessed in India and China can also be brought to bear in ...
Read More

Director of Actuarial Services, Gen Re China
Weibo Chen is the Director of Actuarial Services for Gen Re in China. He is currently in charge of research and development and also provides product solutions and training for clients. Weibo has close to 10 years’ experience in the insurance sector having graduated from Boston University with a master’s degree in actuarial science.

Founder, TDI
Hugh Terry is the Founder of The Digital Insurer. Hugh has more than 20 years' experience in the Insurance industry including operational, consulting and entrepreneurial roles. He is an actuary by profession and lives in Singapore. He is passionate about the application of technology to insurance business models and as well as writing articles he actively shares his experience via consulting assignments, speaking opportunities and participation in entrepreneurial initiatives in the field of digital insurance
[email protected] 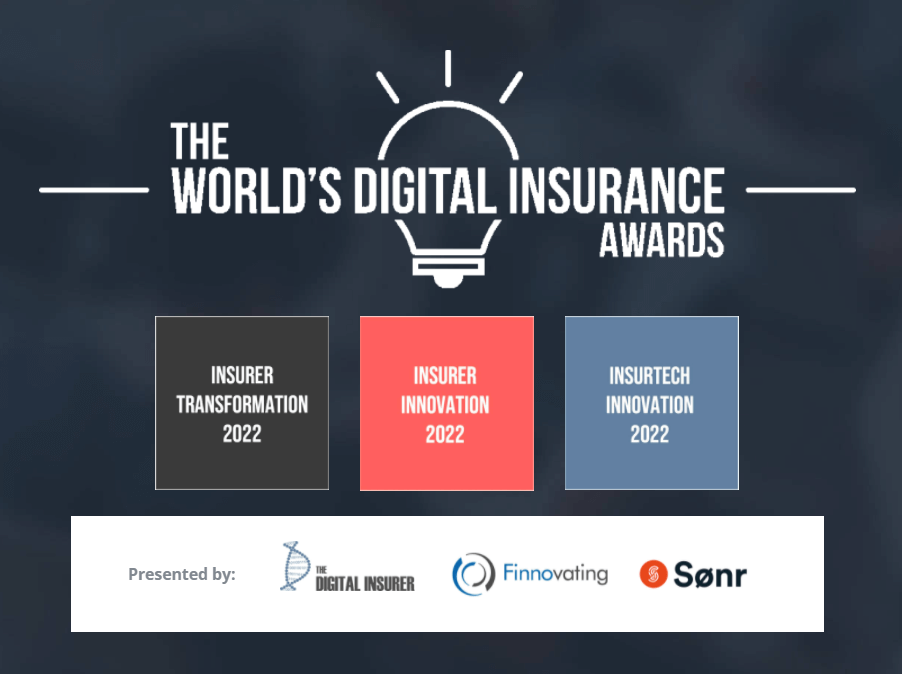 You can sign up for free to get continued access to the site and also become a member of our TDI Connect community. Join many thousands of people like you who are interested in working together to accelerate the digital transformation of insurance.