Arthur D. Little has been at the forefront of innovation since 1886. We are an acknowledged thought leader in linking strategy, innovation and transformation in technology-intensive and converging industries. We enable our clients to build innovation capabilities and transform their organizations. ADL is present in the most important business centers around the world. We are proud to serve most of the Fortune 1000 companies, in addition to other leading firms and public sector organizations. For further information, please visit www.adlittle.com

Finnovating is a Matching as a service platform that enables X-Techs from all around the word to connect , collaborate and get the funding they need to grow from investors and corporations globally. The Finnovating platform is a space were the key players of the Tech industry can connect together easily and boost global Tech innovations.

Sønr is the world’s most comprehensive source of innovation intelligence. It is a subscription platform used by some of the best known insurance companies globally.

It tracks millions of companies around the world and provides insight on the latest market trends, the startups and scaleups reshaping the industry, and intelligence on how other big insurers are innovating.

Sønr includes a suite of tools designed for teams to better collaborate and connect. From recording meetings to capturing and sharing Notes, to being able to track and share activity across the company using Watchlists and CRM boards.

The platform is backed up by a team of consultants, researchers and analysts who support clients in discovering and creating new business opportunities. RISE is produced by the team behind Web Summit. In 5 short years, Web Summit has become Europe’s largest tech conference which last year attracted 42,000 attendees from 134 countries around the world.

In May 2016, people from the world’s biggest companies and most exciting startups will come to Hong Kong to share their stories and experiences at RISE. They’ll be joined by major global media, hundreds of investors and thousands of attendees for three days of legendary networking

The Slideshare is a reflection of the event from a digital insurance perspective. 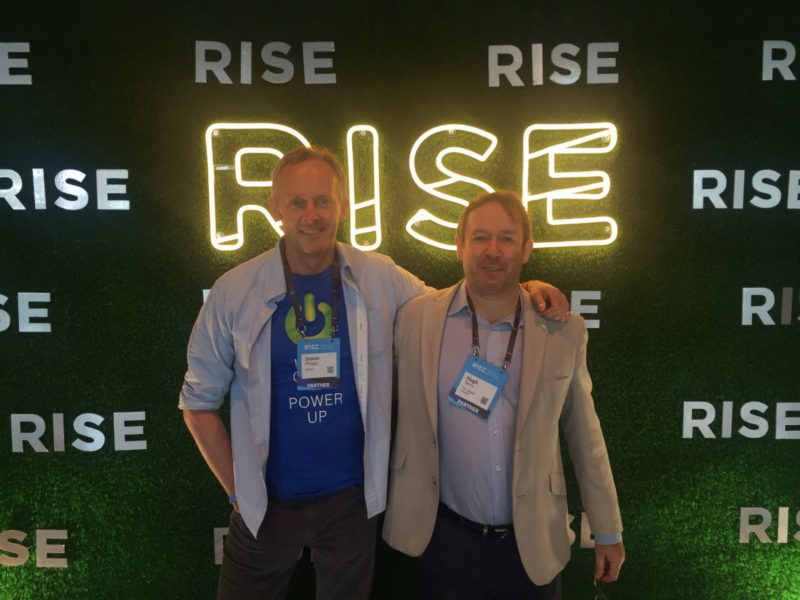 We are excited to welcome you to the World’s Digital Insurance Awards 2022 – APAC AWARDS. For the 7th year...
View Event
Webinar

CDI+Brasil Programme Information Webinar: Come and find out more about our virtual L&D programme on digital insurance for the Brazilian Market

ADI Programme Information Webinar: Come and find out more about our virtual ‘mini-MBA’ in digital insurance, enrolling now for our Sep-22 cohort

We are kicking off our 9th ADI Cohort in a few months! Come and find out more about our virtual ...
View Event