If there was a theme for the Chinese insurance sector in 2019, it would have to be consolidation.

However, this year has demonstrated which are likely to become the winners and losers in this highly competitive marketplace.

There has been considerable shrinkage of the number of online reciprocal communities (ORCs). Their numbers have dwindled from more than 40 in 2016 down to just three.

This trinity is composed of Shuidibao, which developed from the WeChat ‘super app’, Alibaba’s own highly disruptive health provider, Xianghubao, and last, but not least, Bihubao which is a business to business (B2B) equivalent that works directly with major internet players.

XiangHuBao is a peer to peer (P2P) critical illness insurance product launched by Ant Financial and available to Alipay users. It covers 99 conditions, including cancer.

Membership is free, provided you pass the qualification threshold, which is by having a Zhima credit score of 600 or above.

On its launch in October 2018, it attracted more than 10 million members in the first month. As of October, it had passed the 90 million mark, but Alipay’s ambitions are for it to have more than 300 million within two years.

The system removes the conflicts between policyholders and insures because all members share the cost of paying the insurer’s management fees. Management fees are paid with each claim. So, the more claims, the more profit for the insurer, but each member pays a share of the claim, so discouraging excessive claims.

However, members only have to pay premiums if claims occur, which reduces the risk of claims exceeding the pool. Premiums can be paid via a number of means,. including Alipay mobile payments or debit cards.

Member are free to cancel the policy at any time they choose and premiums are capped. Once that limit is reached, subsequent claims must be met by Alipay.

Founded in 2016, Shuidihuzhu offers cover for both cancer and personal accident.

It does not operate a qualification threshold and more than one million members enrolled in the first 3 months following launch. After three years, the number of members exceeded 70 million.

Enrolment is done via WeChat or Shuidihuzhu’s own app and costs only 9 yuan.

As with XiangHuBao, data is regularly provided to members about the types of claim being made and even three months, the pool balance is disclosed.

Since March 2019, the company has begun to charge management fees. Shuidihuzhu does not offer cashback, but members can cancel and receive any residual individual balance left in the pool.

Since its launch in 2016, Bihubao has attracted more than 110 million to its critical illness product.

It uses a WeChat community that serves as its customer-facing portal, providing everything from policy management to an AI-based product recommendation engine.

Despite the dozens of similar ORCs that were active on WeChat, Bihubao became a template for other life insurers by virtue of its efforts to bridge the divide between online and offline services.

An AI assistant bridges demand to guide the user and support its agents. Costs are lower, to improve access to care, especially for chronic illnesses. However, it is not comprehensive as cancer is excluded.

One popular innovation is the ability to contribute to a friend’s medical expenses, a practical addition where individual health insurance penetration is negligible, at around 1% to 2%. The contribution service is free to enable charitable giving to those in need which has been a major factor in its rapid growth.

To infinity and beyond?

Venture capital (VC) investment into InsurTech has dissipated to some degree in China. However, the current market leaders have raised sufficient capital to be able to retrench their current position and fund their expansion.

This involves a continuation of broad based marketing campaigns, across both online and offline channels.

Integration with China’s internet giants is where the battle could be won or lost. From this perspective, Shuidibao and Xianghubao would appear to be in the driving seat with their familial connections.

Shuidibao is in the process of converting leads it has gathered through WeChat into policyholders and has left many dozens of similar portals behind.

Xianghubao, as Alipay’s 50 million strong ORC, is sticking to a purely digital approach, however.

Being first dosn’t always signal success. Zhong An, China’s first fully online insurance company is great at generating revenue, but not so hot at creating profit. It has struck a partnership with mobile platform Iyunbao, which may improve the fortunes of both companies if they prove to be greater than the sum of their parts.

The reduction in VC and the dominance of a small number of large insurers do not, however, suggest that the market is effectively sewn up or that no opportunities for startups exist.

Innovation will always appeal and as China’s insurance industry matures, so niche markets have emerged that can accommodate this activity.

The next year is likely to show a great many more insurtechs turning away from the mass market towards niche markets in the private health insurance or employee benefits sectors.

These are both relatively small sectors in China but are witnessing increasing demand. Richer individuals see the benefits of tailored cover, while small businesses see the efficiency of certain core business processes greatly improved and therefore reduced in cost or time.

Credit guarantee insurance is another sector that is likely to see considerable growth among consumers in 2020.

Baozhunniu, Wukongbao, and Bihubao are all participating in these niche sectors and in the case of Bihuba, looking to expand rapidly.

As the Chinese insurance industry matures, opportunities are presenting themselves.

Existing players have the chance to diversify across new areas, but there is also room for startups. These will be able to demonstrate their worth by showing their capability for disrupting the very markets the original disruptors now seek to populate.

Those operating in the mass market are likely to see their management fees increase with swollen member lists.

But there will always be space for disruption and innovation. Just as we have seen in more mature markets, as more consumers become accustomed to purchasing risk products, so they will seek more tailored services, rather than make products fit their risk.

Their choices will become more sophisticated and the market will seek to meet their needs. Those who fail to satisfy their customers – or find partners who can – will lose them. If there was a theme for the Chinese insurance sector in 2019, it would have to be consolidation.
Read Post
Get Involved 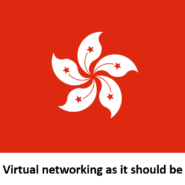