The first generation of digital insurers sprang from browsers and search engines. The next succeeded by cross selling on third party platforms such as flight aggregators, ecommerce websites, and health/wellness apps. Now, a new breed of online broker has turned to China’s ubiquitous messaging app, WeChat, to not only acquire users but also leverage the communities at the heart of WeChat to re-invent the concept of mutual insurance.

Although several forms of community insurance, or P2P, models have already been implemented, Beijing based Shuidibao, Shandong based Zhongtuobang, and several new other new entrants are demonstrating the power of WeChat as a standalone platform. A closer look at this model reveals three core phases that together constitute the best features of P2P insurance models whilst maintaining the margins associated with traditional life and health insurance brokers.

China’s health system is characterized by an interesting paradox: nearly universal coverage by public health insurance yet those covered must pay significantly if they require operations, patented drugs or medical devices. This issue is exasperated in smaller, often inland Chinese cities where the ability to purchase individual health insurance is lower. It is amidst this protection gap that several community based insurtechs have developed tools through which users can contribute to a friends medical expenses.

The root of this concept is not new. The Cantonese tradition of gifting cash to friends and family during national holidays or in times of need is well established, and in this case, whipping up enough friends on WeChat in order to support those in need is a powerful proposition. In fact, the cause is so good it deserves a spot on everyone’s WeChat moments (the equivalent of Facebook’s news feed). Ultimately, although this contribution feature is provided to WeChat users for free, those contributing to a friends medical expenses do register with the broker in the process, and herein lies the user acquisition method. The fact that 80% of contributions come from first degree connections on WeChat only bolsters the engagement rate of these platforms whilst creating a positive feedback loop (the more people use the contribution features, the more others are exposed to it on WeChat). Through this method, the latest batch of online brokers have bypassed the digital marketing and cost per click economics previously imposed on them by internet portals and search engines.

The second phase of this new breed of mutual insurer mirrors one of the founding concepts of WeChat – ‘Group Effect’. This is the notion that an individual’s behavior alone can be quite distinct from how they behave in a group. In this case, users who contribute to a friends medical expenses are offered coverage for the same ailment that afflicted their friend.

Although a 9rmb premium represents an acceptable price point for those unaccustomed to buying insurance, this pure reimbursement product does include a 300,000rmb limit and the fact that this sum is not enough to cover the treatment and financial costs wrought by the onset of cancer or chronic diseases is often overlooked by new members to these communities. Nevertheless, the reimbursement products that are distributed to users during phase 2 do make insurance more accessible for those previously unwilling to pay for individual coverage. Recent entrants have also imbued these chronic disease products with a membership pool feature whereby each claim lowers the collective coverage limit that can be redeemed by the group. This community element increases the engagement rate of users whilst lowering the loss ratio across member groups.

Finally, given the fact that users in the community are still only partially covered in the event of critical illness or chronic diseases, the final phase represents the traditional broker model of up-selling to a customer base by way of a text based chatbot. In this phase, subscribers who have elected to join the 9rmb re-imbursement program are encouraged to upgrade to traditional critical illness policy, with the terms and commission rates to match.

Although there are several startups pursuing this model, the most successful is Beijing based Shuidibao which has acquired some 110m registered users through phase one (medical contribution feature). 32 million of these converted to phase 2 (community based reimbursement products), and 6 million of these converted to phase 3 (traditional broker model). This implies a 5.4% conversion rate from registered user to policy holder, a considerable achievement considering the conversion rates typically associated with life/health insurance online. Another trait that distringuishes this model is a focus on smaller inland cities far from China’s prosperous east coast. For example, Shuidibao sources 40% of it’s users from tier three cities, 53% from second tier cities, and 7% percent from affluent first-tier cities such as Shanghai, Beijing and Shenzhen. Although this new community model is not enough to remedy the financial burden wrought by critical illnesses such as cancer, it does demonstrate the power of WeChat as a standalone platform, the challenge for this new class of insurtechs will be whether it can convert enough users to real policy holders with recurring revenue.

The launch of WeChat not only redefined life in China, it dramatically altered the rules of online engagement for insurers and represents a new norm for brokers with online ambitions. Although several community or P2P models have yet to scale, recent entrants have found success by tackling a systemic inefficiency in China’s healthcare system, leveraging unique features of WeChat, and closely monitoring user behavior in order optimize conversion rates. Although these platforms have excelled at acquiring users with free tools and low premiums, the challenge lies in converting users to the higher margin life and PMI products that will ultimate dictate the profitability of this model. 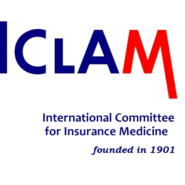